DEATH OF THE ARTIST

DUE OUT NEXT YEAR 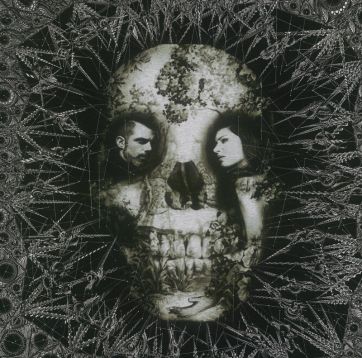 After a four year hiatus from releasing new music, Montreal duo Elsiane, have released “Unstable,” is the first single from their new album Death of the Artist – coming out early next year.

The duo, musician/composer/producer Elsieanne Caplette and drummer Stephane Sotto first met in their hometown of Montreal and had instant musical chemistry, despite having completely different backgrounds. Sotto is self-taught and instinctive, where Caplette’s multi-instrumentalism and extraordinary keening voice emerged from classical training in Lima, Peru. The diversity of their backgrounds, along with their shared sensibilities and common influences ranging from jazz, to rock, electronic and world music  has shaped the distinct and ethereal beauty of their music.

The duo released their debut album Hybrid in 2007 to great critical acclaim. This lead to touring with Delerium and Beast,  festivals including the Montreal International Jazz Festival, the Toronto International Film Festival, Osheaga and M for Montreal. High profile collaborations followed with Olivier Dufour on the soundtrack for Quebec City’s 400th Anniversary celebrations; with the German electronic maestros Booka Shade and the Montreal-based Cirque du Soleil.

Although their music and live show have been met with incredible acclaim from critics and fans, navigating the crossroads of where art meets commerce has been a rough road for Elsiane. The duo’s new album, Death of the Artist documents the battle the group has waged to to hold onto their artistic integrity, within a corporate structure that wanted them to comfort something that was more palpable and popular. Despite disappointment and disillusionment with the industry, Elsiane have developed and maintained an intensely loyal fan base who have stuck with them over the years eagerly awaiting new music.

“Unstable ” which sets the tone for the album, takes the listener through the chaotic process of self-discovery and confronting fears.  It touches upon the idea of instability of the times we live in, the difficulty in accepting who we are as individuals, and that in order to truly be free, we must be true to who we are.